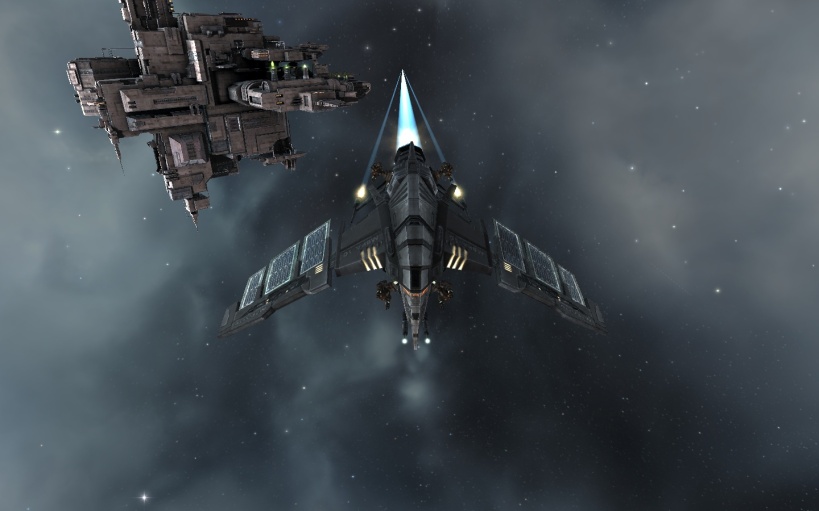 The Republic Fleet Firetail is currently not a common ship, however, it wasn’t always that way.  True, because of the early weakness of projectile weapons, the Firetail was merely an expensive ship spinner.  It was very fast, but could not hold its own if pressured by better tanked frigates.  This changed dramatically when Projectile weapons were fixed.  This change thrust the Firetail into a much more popular role.  In addition, it had four weapon hardpoints, two for turrets and two for missiles.  This enabled it to produce a considerable amount of damage on target while still outpacing their target.  The Firetail is also unique in another way:  its lore.  The Firetail is the only ship that came from a long extinct pirate organization, the Lazari Dromitus and was originally called the “Shamrock”.

So is the Republic Firetail worth anything today?

The Firetail is still very fast, though the latest update from CCP reduced its speed considerably and decided to re-imagine the ship by removing a high slot and replacing it with an additional mid slot.  The former speed bonus was replaced with an impressive damage bonus that comes into its own once you reach Minmatar Frigate V.

The current bonuses are as follows:

The ship also has a base velocity of 410m/s and is quite agile having a base 3.2 inertia modifier.  It also turned out that the replacement of a Highslot with a midslot give the Firetail much more fitting varieties and more overall utility.  In addition, the CPU and PG have been upgraded and it allows for the Firetail to mount decent Shield and Armor tank configurations AND both long-range arty and short-range AC configurations.  However, don’t expect to have enough resources to go all Tech 2.

Let’s look at one of the Firetail configurations that I use:

This short range configuration set here attains an armor tank of 6.2k EHP (Pyfa stats), a MWD speed of over 2400 m/s, and 110 DPS.  This makes it faster, more destructive, and better armored than a similar fit Rifter.  A configuration change that might be just as ideal is to switch out the 24km Warp Disruptor for a Tech 2 Warp Scrambler.  This change would improve your lockdown ability and keep even fast targets in place.

This is a typical 0.0 tackler setup with an eye towards dealing at maximum range.  DPS ranges from 61 for Tremor to about 97 for EMP/Quake.  This shield configuration allows it almost 5k EHP, but the medium shield extender does increase the sig radius and will make it the size of a BC with the MWD on.

The Race is on

The addition of a midslot opens up the Firetail to be speed tanked.  This dual prop setup mimics popular Pre-Crucible Dramiel setups.

This configuration has a maximum speed of 4266m/s and a 3.71 second align time.  The DPS is still better than an AC Rifter and still maintains a 4k EHP tank.

The Firetail is certainly a better Rifter, but probably more surprising is how close it comes to matching both the Wolf and the Jaguar in performance.  The damage the Firetail can dish out matches a pretty typical Jaguar configuration, and its speed is still much faster.  The only difference is that it just doesn’t have the tank to match.  However, when comparing it with the T2 Interceptors like the Claw or the Stilleto, the Firetail compares quite well in the speed department, and is easily equal in performance versus the Claw.

The only downside to the Firetail is that the prices for these ships is a little high and it matches that of Assault Frigates, so expect to pay about 30 to 35mil isk to get one outfitted correctly.  Still, with good armor and shield configurations, a Minmatar trained pilot can hold its own in many a roaming fleet fielded these days.