Gah, even when I leave it just.. drags me back in… however, this time is it because of a post from the Industrial Mabrick. 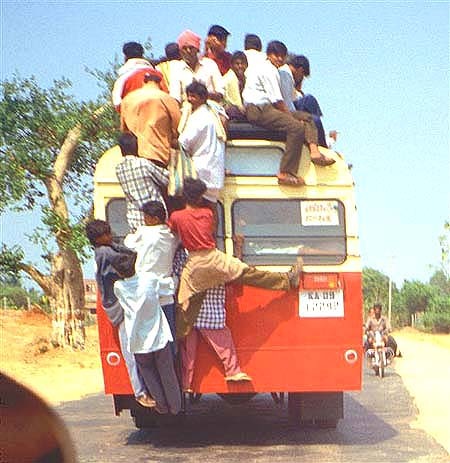 Yep, this is Eve Online

So, we’ve already seen the Tiercide change happen to the Ore Mining Barges, which I think was certainly a good idea, though perhaps maybe not as well realized as it could be.  But there is a clear problem  with the industrial and transport ships, especially compared to the usefulness of the Orca.  The problem is that CCP left huge swaths of potential uses for Industrial type ships untouched, while repeating the duties of others.   Besides that, half of the Tech 2 Transports are relatively useless for the job they were meant for and, to top it all off, the most important task an industrialist could do in a ship was given to the Orca, a ship in the mining tree.  Sadly, it gets even more complex.  Some races only have a couple industrial ships (Amarr, Caldari), while the Gallente has a whole slew of them.. which get rendered useless in very short order.  Another issue to consider is how any change will affect the mining trade.  Let us not forget that the recent change to Mining Barges and Exhumbers that removes the need for the industrial ships formerly used in Jetcan mining.

Overall, while I don’t mind “asymmetrical” ship availability, it seems that the industrial ship concept has been pretty mish-mash for pretty much the entire game, with no real reason for each ship to have an existance.  Transports too have fallen under this problem because while the Blockade Runner class of ship is pretty useful, the Heavy Transport.. isn’t.  It moves like a battleship, has the defense capacity of a battleship, costs as much as a battleship, but the firepower of a frigate.  So even with the Warp Core strength bonus, it doesn’t last long enough to survive in 0.0 or low-sec anyways.  Then you bring in a supposed mining ship like the Orca, which can do eveyrthing an industrial ship can do, plus more, and do it better and more effectively.

In fact, of all the industrial ships in the game, the only one that makes complete sense are the Freighters and Jump Freighters.  That is not a good state for the game, and some even think that it is a major reason why null-sec space isn’t as vibrant as other parts of the game.

So, when CCP Fozzie indicated that all ships in Eve were getting the Tiercide treatment, via this easy to understand graph:

.. it becomes pretty clear that industrials are included.  If we use past experience, we are likely going to see that the Tech 1 industrials will be balanced from the Tech 2 Transport roles, similar to what happened with Frigates.  However, in addition to that, what I would like to see is a revamping of the entire set of industrials to include activities that industrials SHOULD do better in, as well as a better clarification and implimentation of some of the transportion roles they already have.

The biggest problem with the industrial ships is that they do the same job in the same way, with the only difference being more cargo capacity versus a loss of speed and manuverability.  This also means that once you skilled up to another ship, you will never return to the previous tiers.  As the whole point of Tiercide is to give every ship a reason to be used, the industrial lines are going to need a significant revamp.

First off, let’s start with the easy ones – Freighters.  No change.  Haha, what a surprise.  Blockade Runners also don’t need to be changed.. maybe a few tweaks, but overall they do exactly what they need to do and they do it well, with reasonable limitations.  Finally, Orcas.. apparently there have been some ideas about changing Orcas from CCP Greyscale, which considering the source, probably isn’t a good idea to rely on.  I haven’t heard anything specific from CCP Fozzie, but my gut feeling is that Orcas as they are right now will likely retain most, if not all, of their capabilities.

Alright, now that the easy stuff is done, on to the hard stuff.  Stepping away from the current tree, I suggest that the each race gets four industrial class ships:

But ships aren’t the only problem…

You cannot have a serious discussion about Industrial Tiercide if you don’t look fundamentally at another item in Eve Online.  That other item is Cargo Containers.  Currently cargo containers can be found in two flavors: standard and secure.  Logic would dictate that a secure container, with a password lock, is unscannable.  But, it’s not.  Logic would also dictate that should a secure cargo container should survive being blown out of your ship as it explodes, that the cargo container would require the password (or a lot of  hacking) to open it back up.  Well, you’d be wrong again.

There really isn’t any practical difference between a normal cargo container and a secure one.  The only difference is if you purposely anchor your cargo container out in space, then someone has to have a password to access it.  However, it doesn’t mean that someone can’t blow it up anyways.  Plus, why would you anchor any but the largest secure containers in space?

The whole issue revolves around what cargo containers do and how they operate.  This drastically needs to change and here is what I think should happen:

Now why those changes?  First, it makes cargo containers a commodity instead of something that you can hold on to forever.  It also removes them from being an organization tool, which is what it never should have been in the first place.  Second, these changes give purpose to both Standard and Secure containers, and mixed with the changes in the ship classes above, really allow the risk/reward ratio to be more evenly distributed, with Gankers still having the ability to scan people’s cargo, and Industrialists having a new item to market as well as giving all players options about their choices.

4 thoughts on “Industrial Tiercide – What are some options?”