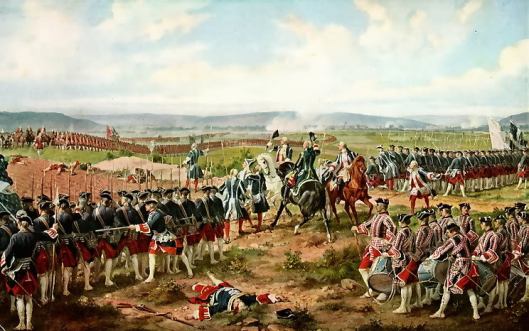 Since joining Wraithguard., I find myself regularly involved in gatecamps, particularly around a couple nearby systems.  Prior to joining Wraithguard., I was rarely involved in gate camps.  Sure, we had them when I worked with the Sov-owning entities, but those tended to be kitchen sink without much leadership, or more likely, acting as a pointless deterent during wartime (it was pointless because the enemy already knew what we had on gate, and if a.) they had enough pilots to win, then we would run away, or b.) If we had a better chance of winning, they just didn’t engage).

Now it’s kind of an interesting situation for me.  Gate camps are generally easy solo or small fleet engagements and the roams we embark on are usually going to some place new, challenging someone different, or even running black ops.  It is pretty nice having this level of variety.  The big upside is that Goons, Red Alliance, Test, PL, etc. are fair game.  They don’t want our space, but they gotta travel through it.. and we work our evolutionary processes on their members.  Clearing out the chaff.. kinda like Remoras on a shark.  Killing all the dead tissue off of them.

I am expecting my letter of appreciation from the Mittani any day now… any day now.

The second upside?  Well, mixed with the changes to EAFs by CCP, I am finally coming into my own as a solid Recon pilot.  Gotta love that.

The downside?  See, this is why it is interesting.  I grew up in Eve fighting in sov null-sec.  My ship has flown under the banner of every major null-sec entity, except for the Russian bloc (and if I had studied my Russian like I should have, then I could have been working for them as well).  The experience there does one good thing and one bad thing.  First, it teaches you to be part of a collective, to put aside personal desire, and work with the group to achieve greater goals.  That is pretty great right?  It is.  Fleet doctrines changed often, so that allowed me to fly different ships all the time, from frigates to capitals.

The downside?  Unless you have some major talent, you are merely a cog.  Very rarely do you get to really “experience” ship combat.  The only real “training” I ever got involved Logistics ships.  Sov warfare reminds me a lot of wars during the 17th and 18th century when guns were first put into soldier’s hands.  Basically everyone lined up, pointed their gun at the enemy, and fired.  You didn’t find cover, and neither did they.  You either lived to reload again, or died.  You were a soldier, but your life and training only went to what your leaders needed.. not what you needed.

Aww.. I missed the Party on Top of the World

Now that Fanfest is over (and I am thoroughly jealous that I was not able to go), its time to check out what CCP has in store for us.  Now there are several hours worth of Youtube videos, podcasts, and supporting blogs as well as the information and comments that I am still combing through, so this list is just an initial view of things so far.

What of the new CSM?

Lowest turnout in recent memory, however, I think that this reflects on how much better CCP has been doing with improvements on the game.  People simply don’t have as many super serious issues to complain about.  Sure, there are still things that need to be improved, but they are more marginalized than ever before.  This will mean that, with less people worried about the state of the game, fewer are going to concern themselves with the politics of between the CSM and CCP.  How will this new CSM fare?  Dunno really, lots of well known names, so that usually bodes will for CCP and us gamers.  But, only time will tell.

I dunno really.  School is taking a toll on me so I haven’t been PVP’ing much, and so haven’t been able to fly either the Keres or the Kitsune yet.  I am really hoping to get on some more roams and bring along some heavier faction and Tech 2 ships to play with.  We’ll see of course, so until next time.  Keep your guns loaded!