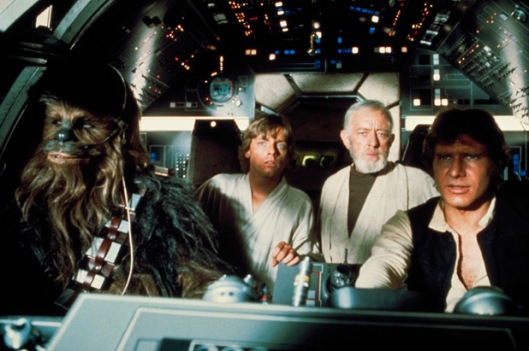 With the upcoming jump drive changes, Dirt Nap Squad. has been in full gear organizing and ramping up our industrial base.  Somewhat surprising to me is a.) How difficult it is (herding cats is a far simpler task), and b.) that DNS actually has the industrial backbone to actually do it.

As a simple PVP’er, I get lost in the shuffle rather easily.  Plus, I am small time since I only operate two characters in any industrial capacity.  My main, Orakkus, is heavy into exploration, and with that, brings in a certain set of skills to the cause.  Mainly a steady supply of rigs salvage and invention materials.  He also has some lower level invention and industrial capability so he gets to manufacture a lot of exploration finds, Minmatar Tech 1 ships and some tech 2 modules and ammo as well.

My alt, on the other hand, is more mining based, so he gets to spend his time pondering whether this ice is better than that ice.  Lucky dog.  I’m sure plenty of you are like “Awww man!  I wish I could shoot blue beams into ice..”  Yeah, he’s like my “if PVP is boring or I can no longer stand today’s FC” toon.  Anyways, he brings mining to the table along with PI.

No, We Aren’t Going to Talk about SWTOR

So, why the Han Solo reference?  Well, here’s the deal.  With worries about getting critical materials in and out of market hubs, our alliance is doing something that most all other alliances are probably doing as well: developing way more jump freighter pilots and getting more Jump Freighters.  Conversely, there has been quieter talk of getting more people into blockade runners as well.

I hear all this as me and the “Skull Druggery”, my Mastodon Deep Space Transport, slides in and out of null-sec, Wormholes, and low-sec without much trouble delivering the very goods the alliance is asking for while they are still prepping for a Jump Freighter trip.

The hilarious thing to me is that while I am actually making the trip, invariably a conversation about the Jump Freighter/Blockade Runner situation comes up.  The moment I even mention the Deep Space Transport, it is clear they start to ignore me, like I don’t know what I know.. while I am transporting billions of isk of modules, rig components, ships, minerals, etc. through wormholes, through null-sec, and through low-sec.

Usually they cheer when I make it back.  I consider the whole thing silly because I fly it regularly enough that it isn’t much of a risk any more.  In fact, if you think about what you are doing, you aren’t likely to be caught.

Not The End All of Transports

Now before you start looking for my Mastodon on the killboards hoping for it to be submitted as the next ALOD on themittani.com, let me make it clear that I don’t consider it a “better” ship than Jump Freighters or Blockade Runners.  It certainly isn’t perfect (believe me, I would LOVE for the DST to mount, and be bonused for, cruiser class weapons), and you just can’t fly it anywhere for everything.  It requires some forethought and preparation.

But it DOES fill the need for the areas between the Jump Freighter and the Blockade Runner.  The Jump Freighter is nice when you need to get a lot of materials from Point A to Point B, without going through a lot of hostile space.  But the JF requires a lot of pre-planning and a lot of support.  It also is expensive, time-consuming, and only viable when conditions are optimal.  The Blockade Runner on the other hand is great because its warp speed and cloaking ability allow it to travel through more hostile space, but on the downside it can’t carry much and if its caught, its dead.

The DST, while it can’t carry a JF worth of stuff, it can still carry a very large amount (about a third of what a Jump Freighter can carry).  It’s signature and behavior mark it as a cruiser class ship, so it has the ability to maneuver a lot better than its larger cousin.  On the flip side, while it isn’t as fast or maneuverable as a blockade runner, the DST is the only one with a defense against Bubbles, the Microjump Drive and combined with its tank and its maneuverability, has a fair chance of escaping small gate camps in Wormholes and Null-sec.

So far, I have made few converts in my alliance.  Most think that the DST just isn’t viable, despite my repeated reminders of the gate camps I have successfully escaped, the amount of goods that I safely delivered and returned with, and the fact that I can usually do it while the JF pilots are still organizing the alliance’s cyno alts.

In the meantime, I just keep flying my DST when the opportunity presents itself and maybe, in time, some pilots might try it and be just as good as me.