Today, I would like to discuss three ideas I had for some things that might be a bit useful in Eve Online.  I’ve thought about these for a while, and I think they might be a nice addition to the nature of Eve Online.

(Of all my “new” ideas, I kinda think this is my lamest, and falls under the category of “hey, a drunk guy thought this was AWESOME one time at band camp.”)  Now, I’m sure quite a few folks have pushed the idea that Defender Missiles might have a new use as re-purposed Bomb killers.  I am of that same mind.. but with a little different purpose.

Instead of damaging or destroying the bomb, the defender missiles would slow the bomb down, misdirect it, or reduce its timer, or a combination of those things.  A pilot still wouldn’t need to target a bomb, but at the same time, you’d have to have a significant amount of them in fleet before they would negate a bomb run.   In addition, defender missiles would be limited to cruiser class missile launchers and smaller.

GET OUT OF THE WAY!!

Push Bombs: When People Don’t Need To Die.. They Just Need To Be Out of the Way

This is one of my favorite ideas because it is a weapon that has a lot of potential uses, but doesn’t do any damage.  Simply put, it is a bomb that when it detonates, pushes everything within a 15km radius out 5 or more kms (including drones, other bombs, etc).  This Bomb would be massive and fill up a launcher, and maybe a stealth bomber could have one additional in the cargo hold.

This Bomb would come in two flavors:  The “Nudge” Bomb, whose effect is that the smaller the signature radius, the farther out it pushes you.  The second is the “Shove” Bomb, which would have a the opposite effect in that the bigger the ship, the more it gets pushed, however, each ships with a capital or supercapital sig radius has a chance to mitigate the effect.

And where would something like this be useful?  Oh, who isn’t tired of station games?  Or what about messing up an industrial that is aligned to a safe spot?  How about using it as a first strike weapon against a gate camp?  Knocking Archons out of rep range?  This weapon would have tons of applications in this game and give FCs new tactical options. 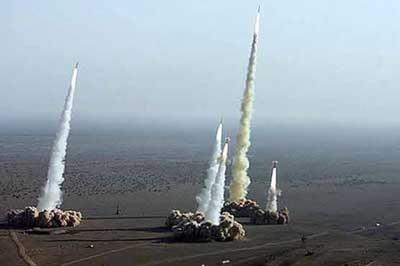 You Gotta Have Missiles..

I thought about this idea for quite a while and it stems from my belief that there really isn’t a combat benefit to owning space.  A fleet can stage a gate camp anywhere in an enemy region without any real fear outside of a larger fleet.  To me, this never made sense as in real war, typically the locals can put up some sort of defense.

So the idea is that you can put up a POS in your system and this POS can be fitted with one or two of these massive missile launchers.  Each of these missile launchers holds a single missile, called a PSM.  This PSM has the ability to fly across multiple solar systems, and is effectively a cruiser sized missile.  The Rate of Fire for one of these things would be huge, say like every five minutes, and each time it uses a huge amount of fuel to boot so you can’t just keep launching them over and over.

Now here are the sticklers:  First, you can only aim it at a bookmark.  This bookmark can up to five systems away, but it can’t cross into Wormholes, Low-sec, or High-sec space.  Second, in flight, it acts just like a normal player cruiser.  It can be seen on D-Scan, has to go to stargates, has to align and get up to speed to warp, warps at 3.0 AU, and can be targeted and scrammed (though it will be interdiction nullified).  Third, you can’t have more than two flying through a system at any given time or else it will explode on the gate to that system.  Now, it will not show up in local chat nor will the missile be dead on to the bookmark, it will be off just like a normal ship is off when warping to a bookmark.

The effect of the missile is just like a very big bomb, with a damage scale based on the size of the ship (i.e, the bigger the ship, the more damage it takes) as well as how close one is to the center of the explosion.  For example, if a capital ship is within the radius of the detonation, the ship won’t be destroyed, but it should be significantly damage enough that the pilot will try to leave the field  (two PSM missiles would destroy it.)  An interceptor or frigate, at or near the center of the explosion radius, would be vaporized.  Conversely, a cruiser on the edge of the explosion radius would be hurt, but not destroyed.

In Conclusion of Stupid Ideas